The 5 Basics Tools You Need to be a Top Seller 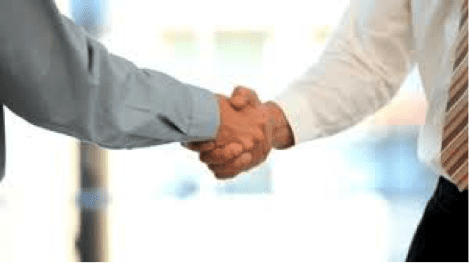 Talk to 10 modern-day sales professionals in various industries, and they’ll likely mention the same can’t-live-without-it sales tools. Investing in building a powerful sales team will pay dividends in driving revenue. Finding the right prospect at the right moment and connecting with that prospect is crucial. New tools help sales teams do it all.

Sales tech has evolved significantly over the past decade. It’s now easier to personalize your pitches and use social platforms to find the right contacts.But with dozens of tools out there, how can entrepreneurs know which are right for them and their businesses?

LinkedIn recently surveyed over 1,000 salespeople to understand which tools they need most. Interestingly, the survey also uncovered secrets behind top performers –those who meet their sales quotas, consider themselves in the top 25 percent of their departments and expect to exceed their target revenues by 25 percent.Here’s what we learned about the five types of tools sales teams most often use to source leads and close deals:

While some companies balk at the idea of their employees surfing the internet during business hours, social media could help them do their jobs better. A whopping90 percent of top salespeople use social selling tools such Facebook, Twitter and LinkedIn, compared with 71 percent of overall sales professionals. About 28percent of salespeople spend three to five hours per week using social selling tools, while 21 percent spend between five and 10 hours each week.

Social selling — strategically leveraging social media connections to build relationships that deliver mutual benefits before, during and after a deal — has become an indispensable part of the sales toolkit. Salespeople are using social selling to focus on the right people, stay informed on key updates and build trust with prospects and customers.

Another surprising lesson? While millennials adopt these tools faster, older colleagues have some of the best long-term success stories. Generational factors matter less than the willingness to invest time and energy in understanding and using these tools.

It’s no shock that long-established CRM tools like Salesforce and Microsoft Dynamics are a critical part of the sales toolkit. LinkedIn’s research found that 33percent of CRM users spend three to five hours per week using CRM tools, while almost 25 percent of users spend more than 10 hours. Out of all the tools in the sales stack, CRM gets the most time from salespeople. They believe that CRM, along with social selling, delivers the highest value.

There’s no shortage of options to keep business owners organized and productive at work. Box, Dropbox, Evernote and Google Apps are examples of apps with features that allow sales reps to manage their workload and hit quarterly targets. InLinkedIn’s survey, 30 percent of productivity-app users said they spend three to five hours per week with these tools.

Millennials are 19 percent more likely than their baby boomer peers to use productivity apps. As a whole, sales professionals are using productivity apps consistently, although not as much as other tools in the sales stack.

While not quite as popular as CRM and social selling, email tracking still sees steady use. Outreach, HubSpot, Yesward, ToutApp and Cadence are just a few examples. Approximately 26 percent of email tracking tool users report spending three to five hours per week on these efforts.

Sales professionals (62 percent) and account managers (59 percent) are more likely than any other professional surveyed to rate these tools as either “critical” or “extremely critical” to their ability to close deals.