Are you fit to own a franchise? 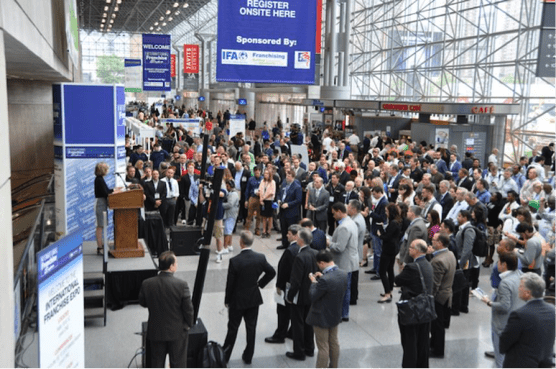 “The Profit” host Marcus Lemonis dishes on his foodie franchise and offers tips for aspiring franchisees.

Taking the helm of a local franchise isn’t glamorous — or easy, says Marcus Lemonis, host of CNBC’s “The Profit” and co-owner of TheSimple Greek franchise. Lemonis, who gave the keynote speech at the expo, spoke to us about how to turn your franchise fantasy into a reality.

When franchise owners are looking for new franchisees, what do they look for?

You want to make sure that the franchisee has a real passion for what you’re doing.Some people get into business because they think it’s a get rich quick scheme,or they think it’s the next big hit that they don’t want to miss out on. And what I prefer is that people got involved in things they really believed in. I happen to have a Greek father, and like Greek food, and so that was my interest [in The Simple Greek.]

What questions should aspiring franchisees ask owners before signing on the dotted line?

To me, the most important question that a franchisee should ask is, “How are the other [franchisees] doing, and how’s the relationship? Sometimes people make the mistake of not making that a priority.Are they signing up with an organization that’s going to be there in the long run?

Marketing plays a key role in getting a business noticed. Where should franchise owners begin?

Understand that the business is a local business, not a national business. Get to know the people within a four, five mile radius of your business, and execute on that first before you try to do anything outside of that, whether it’s a gym or a home cleaning concept. Understand your neighborhood.

On“The Profit,” you whip floundering businesses into shape. What’s the one mistake across the board you see among struggling entrepreneurs?

That they don’t put enough value into the people. Realize that when you buy this concept, you still have to hire a great manager, or a great staff. You have to train them properly.

What factors do new franchise owners often overlook when they’re starting out?

Besides understanding the people, for me it’s really knowing your numbers. When you go into a business, and you ask them questions and they know nothing, they don’t have the facts right, they don’t understand what makes things move, they just don’t have a real good sense of their business — that’s a big problem.

The modern entrepreneur has taken on a rock star persona, and yet we know many businesses struggle or even fail in the first year. What are some pitfalls of owning a business that aspiring entrepreneurs should be aware of?

Losing money. Watching the business fail. Having to lay people off. The embarrassment of failure. Doubting yourself, and really questioning what value you’re adding to the business. Business is a huge responsibility,and it requires you to make the right decision because you have everybody else’s fate in your hands. You make the wrong decision, and people lose their jobs and they can’t make their car payment or their mortgage payment. For me,that’s what keeps me up at night.

What are some common misconceptions about owning a franchise?

I think often people buy a franchise, and they sometimes think that you’re going to get this business in a box and everything is going to turn out.But it requires work, and staying very connected to the business. I’ve seen so many success stories of people buying franchises of average concepts and really making them work because they put that extra muscle, that extra elbow grease into it to make it as good as it can be. Every franchisee is in control of their own destiny.

This article was written by and attendee of the IFA Convention in June, 2016.